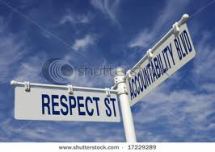 Below is a Letter to the Editor published in the Killingly Villager 14 June 2013 from Patriot Anne who calls out State Senator Don Williams and State Representative Mae Flexer for not meeting with We the People, their constituents in public forums to explain proposed legislation or their votes.

If you agree with Anne, and I think many might, I encourage all to contact Don and Mae and express your desire for them to openly speak and explain their votes in this past legislative session:  gun control and infringing on our second amendment rights, drivers licenses for illegal immigrants, forced unionization, breaking the constitutional spending cap in this year’s budget, and minimum wage increase to name a few items they should explain to We the People.  Tell them they can contact Anne to coordinate dates.

Tell Don and Mae you consider their lack of accountability at public forums unacceptable as your representative, and that you consider explaining their votes to be one of their principal duties to We the People.  Their job as our Representative is to explain to all constituents why they voted the way they did, and why it benefits me as a citizen of Connecticut, and my children.

They hide in their office where it’s safe, where they control events, out of the sunlight of a public forum.  Best I can tell, they never have to justify their actions to anyone (other than every two years to an unassuming public).  They never allow themselves openly, in a public forum to be held accountable.  Everyone should be held accountable, most importantly our elected representatives, in an open forum.

As published in the Killingly Villager

Sen. Donald Williams and Rep. Mae Flexer — this letter is a follow up to your answer to me during the Chamber of Commerce Legislative Breakfast at QVCC on May 10.

I asked you this question:  “If I were to arrange a Town Hall Meeting would you agree to come and speak to a group of citizens”?  All legislative panel members answered “yes”.  Added were statements such as “not very many people ever attend”.  I found your responses frustrating and believe they should be addressed in a public forum.

There is no written job description for a state senator or a state representative. The members of the General Assembly pledge an oath to uphold the U.S. and State constitutions.  Many citizens take it for granted that the pledge ensures you are doing a credible job of it. That oath has been compromised and broken with many of the General Assembly’s recent agendas, such as forced unionization of certain classes of workers and the gun control legislation. Now that answers are being sought after, both of you are being secretive and avoiding public scrutiny, avoiding your duties of accountability to your constituents.  A private sector employer relies on a written job description to outline duties and expectations.  When they are not met, the employer is able to enforce those expectations by firing the employee.  Since the majority of the citizenry in this state is complacent we do not seem to be able to call on you to publicly defend your decisions.

This is not a speculative situation.  To the contrary, it seems to be falling into a pattern.  On February 25, 2011, in the Danielson town office, during a “publicized” meeting you held with citizens, Senator Williams flat-out refused to meet with a group of concerned citizens (Concerned Citizens of NE CT) and referred to them as a “special interest group”, completing the refusal with the statement “I do not meet with special interest groups”.  When your history of meeting with unions and church groups is well-known, that was an insult to me.  Your response was the end of the conversation that day, which is often the case and does not allow for the fairness of a returning response from the inquirer.

Ms. Flexer’s response during a Feb. 4, 2011 radio call show to a CCONECT member asking for attendance at a legislative process training opportunity for citizens was disturbing as well.  You, Ms. Flexer, told the caller that she is not one of your constituents and you would not attend such a meeting because of that. It seems to me that all of the citizens from Connecticut are your constituents, all of which contribute to your paycheck and for this reason deserve an answer for any and all of your actions as a State Representative.  You also have repeatedly refused to meet with citizens outside of “private meetings”, which leads one to believe you cannot defend your decisions.

Both of you stated on May 10, 2013 that you have been holding “private office hours” with the public and that no one attends.  Are these opportunities advertised or have press releases been issued?  If so, please provide me with a list of those notices and meeting places.  As a citizen from your district I have never heard of one since February 14, 2011. It seems to me that if you were truly committed to making yourselves available to your constituents, posts of your public availability would be stated on your websites. This allows individuals to check at their convenience rather then having to guess and search each paper from week to week.

Mike Alberts, Tony Guigleamo and Danny Rivero have and continue to stand alone in front of groups of both supporters and nonsupporters to answer questions and explain their votes, so why is it that both Don Williams and Mae Flexer refuse to participate in such forums?

This entry was posted in Commentary and Letters, Hartford Politics, Uncategorized and tagged Don Williams, Mae Flexer. Bookmark the permalink.