Hopefully one good outcome from this election is the MSM is exposed to more citizens as the Leftist illiberal shills for the Democrat Party they are.  Consider, WikiLeaks exposed a list of over 40 self-righteous “news” personnel colluding with the Hillary campaign. These media elites conspire with one candidate over another (first Bernie, then Donald) using their immense power to elect their presidential candidate.

And yes, presenting yourself as a news organization and colluding with a candidate is fraud.

Imagine the likes of Hillary, Dan Rather, Brian Williams, and the rest of the Leftist liars lecturing anyone about fake news. As if somehow, they are the only ones allowed to commit fraud on the American public.

Consider the sad state of investigative journalism, Julian Assange, a former computer programmer confined to the Ecuadorian embassy in London provides more credible news exposing the Inner Party for the sanctimonious hypocrites they are, than all of the mainstream media who were in Hillary’s pantsuit pocket.  To my knowledge, WikiLeaks has not been caught in a single false report. 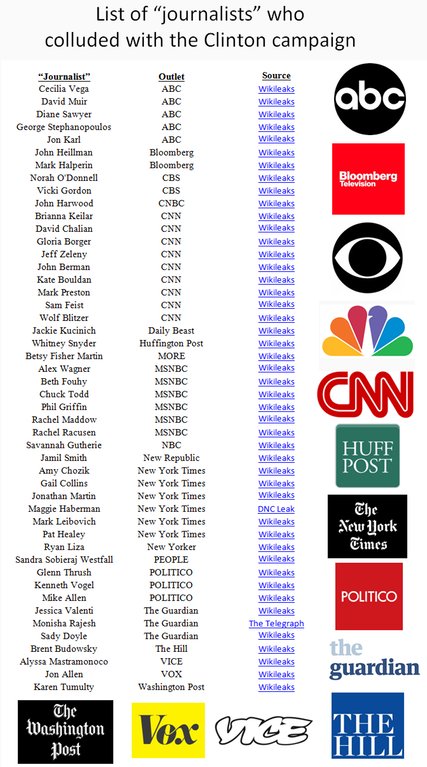