Apparently, President Obama has missed the protests, rioting, looting and property ablaze that occurred across our entire country over the past two years, led by the group Black Lives Matter (BLM) and other race baiters.  You know, the lawless citizens who shut down cities, highways, and events.   You know, the group you allow and encourage to trample the rights of all other citizens.  You know, the group that chants “what do we want, dead cops, when do we want them, now”.  You had them to the White House to inspire them.  Cops were killed, they were happy.

How could he not know?  Maybe he’s just lying to us.  You know, like “if you like your doctor, you can keep your doctor”.  Maybe he lives in a parallel universe where whatever he thinks must be true, is true.  He probably actually believes Americans are paying $2,500 less for insurance as he promised.

It’s as if our president doesn’t understand the difference between a protest, the right to assemble and offer lawful grievances against your government; and rioting, looting, or burning property.

Or maybe he does. 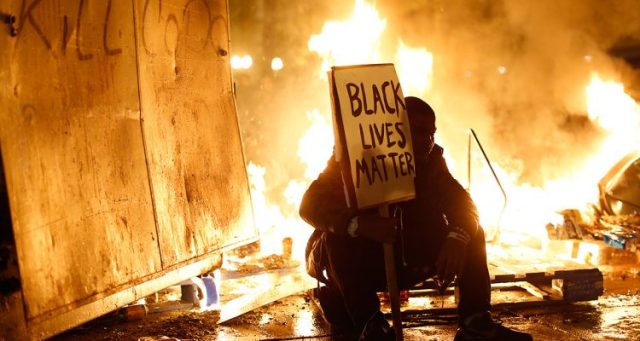 This entry was posted in Commentary and Letters, politics. Bookmark the permalink.