The Left ruins so much.  Now it’s sports.  Nothing is immune.  A few observations and thoughts about kneeling for our national anthem, the new cause célèbre of the enlightened football player and fan.

What I don’t understand about Colin, and his sympathizers:   they complain about dead bodies of black men in the street.  Yet, will not acknowledge that the vast majority of dead black men are the result of being killed by other black men, not white men, and least of all cops.  They want you to believe cops are the problem. 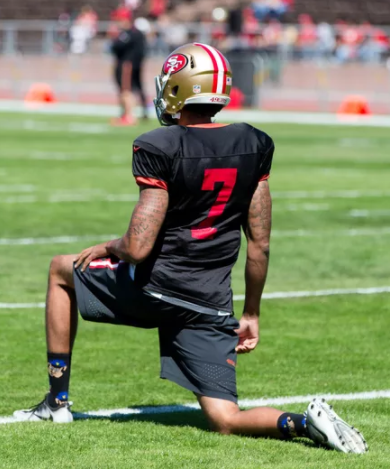